Few things are more romantic or exciting than getting married

No intended newly-weds like to consider the possibility of their marriage ending in failure.

However, there are some circumstances in which it is prudent to guard against that risk.  That is particularly so when one party to the marriage has considerably more assets than the other.  If one party has been married previously, he or she might also be concerned to preserve assets for the benefit of existing dependants.

A pre-nuptial agreement can set out the couple’s intentions in advance, to provide peace of mind for the future.  Although such agreements are not currently binding, the Court is likely to give effect to the agreement if certain conditions are fulfilled.

To be effective, the agreement should be entered into well in advance of the date of marriage.  The agreement should record the current financial position of both parties, in some detail, so as to ensure that the agreement is made with full knowledge.  Additionally, each party should have the benefit of independent legal advice.

Whilst it is true that the Court can override the agreement if it fails to meet one party’s reasonable financial needs, or if there has been a significant change of circumstances that was not contemplated within the agreement, such as an intervening disability or the birth of a new child, the Court will still give weight to the terms of the agreement when considering the appropriate financial settlement. 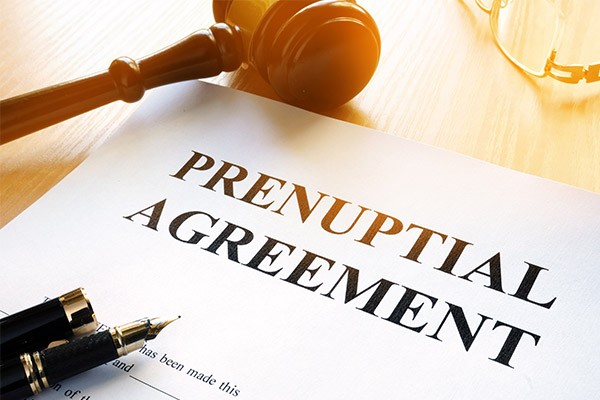 A pre-nuptial agreement can include a review clause, requiring the parties to reconsider its terms in the event of a significant change of circumstances, such as the birth of a child and also on a periodic basis, perhaps every 5 years.

In that way, it is possible to demonstrate the continuing intentions of the parties and to help to avoid dispute should the marriage eventually fail.  Even without a review clause, a review may take place at any time and the agreement may be updated by way of a supplemental deed in similar form.

If you are about to marry and if you have significant assets, we strongly recommend that you contact us for specialist legal advice.

We can also provide independent legal advice upon agreements drafted by others.